“If we are to teach our children to chase their dreams, we must also chase ours.” – Matt Hoggatt.

Matt recently wrote those words in his blog post announcing that he has quit his job to pursue music full-time.

Here’s why I’m kicking off 2013 by featuring Matt in the Possibility Box: his story could give hope to anyone who wants to create something in 2013 with the intention that it might catapult them toward living their dreams.

Writing a song did that for Matt in 2012. He was discovered by Jimmy Buffett after writing the clever and catchy lyrics to Dear Jimmy Buffett and winning a contest in American Songwriter magazine. Matt went from playing dive bars to performing alongside Jimmy, and now he has an album on Mailboat Records called Hotter Than Fishgrease.

Matt has been kind enough to answer a few questions: 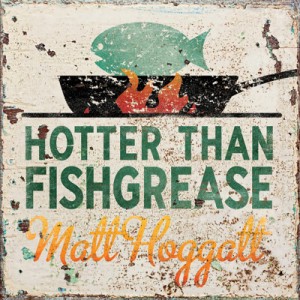 Your story shows the power of a creative idea. How did you come up with the idea to write Dear Jimmy Buffett?

MH: Well, I had traveled to Key West with my family when I was 13 years old for our vacation. I was captivated with Jimmy Buffett’s music at that point. I had written a letter I planned on giving him if I met him. It was full of content that you might expect from a 13 year old about being his biggest fan etc. I never met Jimmy during that trip, but I did make a lot of memories. 20 years later I revisited the idea of that letter, and changed the topic of it to include myself being a songwriter looking for a break. I guess it worked because as luck would have it, I found myself in Key West again, 21 years to the exact day I was there as a teenager. This time I was staying at Jimmy’s House and playing his bar. 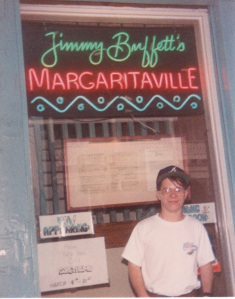 How will your life be different in 2013 because you wrote this song and were discovered by Jimmy in 2012?

MH: I am determined to make a career based on music and different aspects of music to include performing, writing, producing and networking. Through all of this, I am determined to not only be successful, but to also pay-it-forward and help someone like Jimmy Buffett did for me.

During moments of self-doubt along your creative journey, what has kept you going?

MH: I’ve had my share of self doubt episodes where I thought, maybe I’ll just give up, or maybe I’ll always be working a full time day job and playing bars at night for tips. Each time I almost gave up, somebody would say something about one of my songs and describe how good it made them feel. This has made it worth the experience.

Could you share a favorite quotation or brief song lyrics that have been particularly inspirational to you?

MH: Jimmy Buffett wrote a second half to my song I wrote for him. During his portion of the song he sings “Never stop dreaming, and never stop scheming, and I hope you’re as lucky as me.” This sums it up pretty well in my opinion.

The Possibility Box is about positive messages showing up at the right moment. Has there ever been a moment in your life when a song played precisely the right time?

MH: The first time I ever heard one of my songs played on the radio was during my Key West tour. I was sitting around Jimmy Buffett’s swimming pool at his house after the gig and my song “Dear Jimmy Buffett” came on the radio. Afterwards, the D.J. named who I was and wished me good luck.  That was pretty ironic to me. It was March, and I jumped in the pool I was so excited.

Anything else you would like to mention or projects you want to highlight?

MH: I’ve been working with author John Cunningham and wrote a song for his Buck Reilly adventure series novels. I’ve also been working at the Biloxi Margaritaville Casino as a featured performer and host of the Tuesday night Homemade Music showcase.  I’m working on a tour to support my record and have a cd release party planned for Feburary 4th in Pensacola Florida at the Margaritaville Hotel.

Thanks, Matt! The Jimmy Buffett lyrics that often pop into my head are from Trying to Reason with Hurricane Season:

“I was feeling tired, then I got inspired.
And I knew that it wouldn’t last long
So all alone I walked back home, sat on my beach
And then I made up this song.”

May we all be inspired to make something good in 2013!